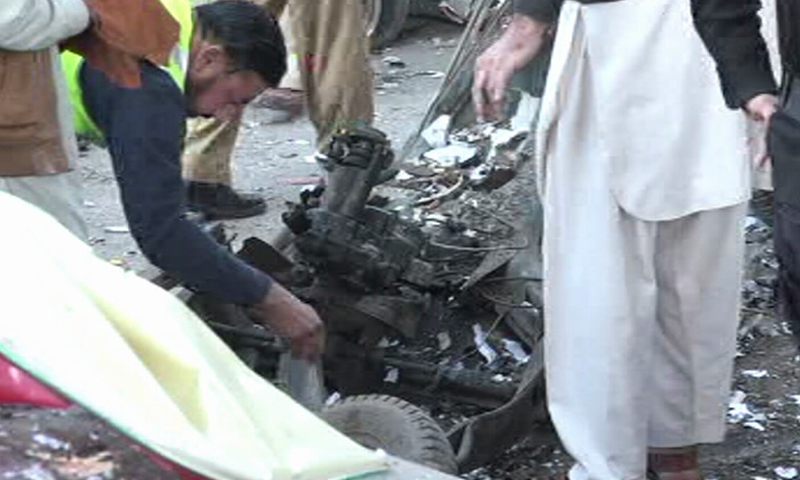 At least eleven individuals were injured in a cylinder blast in an auto-rickshaw outside the Khyber Pakhtunkhwa Assembly and Peshawar High Court on Monday, officials said.

Confirming that the incident was a cylinder blast, Senior Superintendent of Police (Operations) Zahoor Afridi said police and bomb disposal unit teams had reached the site of the incident and added that the police were investigating it further.

The injured were shifted to Lady Reading Hospital.

A spokesperson for the hospital Muhammad Asim told DawnNewsTV that 11 were injured in the incident, one of whom is critical.

Earlier the spokesperson had said a police officer was amongst the injured.

He said the LRH emergency is on high alert and the injured are being provided with immediate aid.