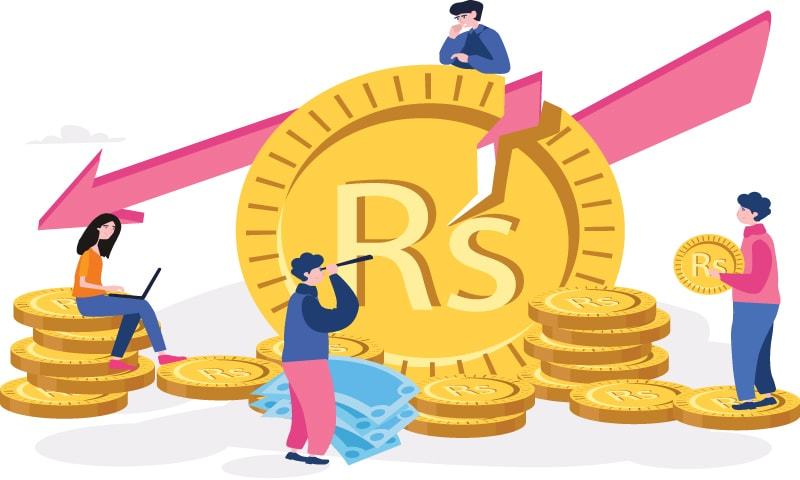 THE outgoing decade holds phenomenal importance for Pakistan. For the first time in its 72-year history, the country experienced a full decade of democracy (provided something doesn’t happen tomorrow). This in itself signals a break from the painful past and merits celebration.

But many questions remain. Did uninterrupted democracy meet its promise, i.e. delivering freedom and development? Did it ease the economic stress of people and allow them to lead a decent productive life in dignity?

Read: Debt, taxes and inflation: Highlights from the last 10 years of Pakistan’s economy

We all know the answers.

However, there is no denying that the space to wriggle for economic opportunities has widened and the flow of information has significantly improved. At the same time, digitisation has spared people from engaging with babus (clerks) to some extent and maintaining multiple identities for con men has become a tad difficult.

Things may have improved or worsened in many other areas as well, but it is up to experts to dissect and analyse the phenomenon. For a business journalist, it is almost impossible to report on all aspects of the change because, unlike more obvious political gains, identifying economic peculiarities of the decade warrants an in-depth, data-based study.

An attempt, however, is made here to highlight some defining economic trends of the decade ending tomorrow. Between 2010 and 2019, the country saw all key parties — PPP, PML-N and PTI — at the helm. Only the PML-N’s full term fell in the decade, whereas the remaining five years were split between PPP and PTI.

Looking through the economic prism, the decade doesn’t seem to be particularly exciting. At three per cent, the average economic growth rate of the decade was over one percentage point lower than during the decade before.

‘Despite economic stress, the people at the end of the decade of democracy are more secure, better informed and more engaged in the affairs of governance than ever before in the country’s history’

The average growth rate was 4.4pc during the 2000s when the country was under the direct military rule for the better part.

The economic growth rate remained anaemic in the 2010s despite the mega-bilateral China-Pakistan Economic Corridor deal, which was signed in 2014 and channelised over $28bn investment in Pakistan’s broken energy and logistic infrastructure.

The democratic governments did succeed in curbing inflation during the past 10 years despite a major spike in prices in the final year of the decade under the PTI watch. Inflation averaged out at 2.5pc during the outgoing decade as compared to 7.9pc in the 2000s.

The three elected governments had different priorities, but the basic thrust of policies of liberalisation and greater reliance on market remained the same.

PPP directed its focus towards developing the rural economy, which led to a net capital transfer from the urban to rural sector and a spurt in demand for cars, motorcycles and fast-moving consumer goods in the countryside suggested.

Property rates in second- and third-tier cities and leasing rates of farm land, particularly in Punjab, were said to be indicative. The trend reversed when the PML-N assumed power in 2013. As for the PTI government, it is too early to comment on this count.

Despite pronunciations to facilitate the private sector all through the decade, the industrial base did not expand anywhere close to its potential, posing limits on export possibilities. The pace of capital formation also remained slow.

Under a 23-month standby arrangement with the PPP government, the IMF committed support of $7.6bn. The PML-N signed a three-year Extended Fund Facility (EFF) of $6.2bn, whereas the PTI contracted a three-year $6bn EFF facility earlier this year.

The IMF withdrew support to PPP half way citing deviation from the agreed path, and only a little over $4bn was transferred out of the pledged $7.6bn. The PML-N successfully completed the programme. Under the current EFF, the country expects to receive the second tranche soon.

To justify democratic credentials, however, some form of social security net was introduced. The total spend on the welfare of the poor was more during the concluding decade than any time in the history of the country. The PPP launched the landmark Benazir Income Support Programme of direct cash transfers that was later adopted by the PML-N and further expanded by the PTI under its Ehsaas programme.

During the decade, the minimum wage more than doubled to Rs17,500 from Rs7,000 in 2010. However, people might still be disappointed because of a wide income disparity between the rich and the poor. They feel that the system, irrespective of which political party comes to power, continues to treat them harshly and inequitably. The feeling of exclusion did not put a lid on their economic aspiration and they continued striving to make the most of available opportunities.

None of the three parties succeeded in directing significantly more resources to close social sector gaps, improve the statistical database or strengthen institutions. Archaic structures did weaken, but it was more by default than an outcome of better planning and management.

The attitude of local investors also changed, as after a long gap the corporate Pakistan showed an inclination to explore investment options in primary sectors of industry and agriculture instead of parking capital overseas. Again, it had less to do with government policies and more with the transforming global environment and demands for transparency in fund transfers.

“Despite challenges and immense economic stress, the people of Pakistan at the end of the first full decade of democracy are more secure, better informed and engaged more in the affairs of governance than ever before in the country’s history,” commented a political economist.

Globally, thinking heads are concerned over a regressive populist upsurge in many countries and are calling for a reassessment of the genesis of the democratic system, believed to be better than any other in the free world.

In ‘The Global State of Democracy 2019 – Addressing the Ills, Reviving the Promise’, the second edition of the flagship report released by Stockholm-based intergovernmental organisation International IDEA, its secretary general Dr Kevin Casas states: “Let us not give up on democracy, but instead revive and recapture democracy’s promise! Despite the ills, democracy remains the best option to advance human dignity. This should spur all of us to take action, however small, to reinvigorate representative institutions, build vibrant civil societies, protect a free media and fight corruption, all of which are pillars of healthy democracies.”

Published in Dawn, The Business and Finance Weekly, December 30th, 2019