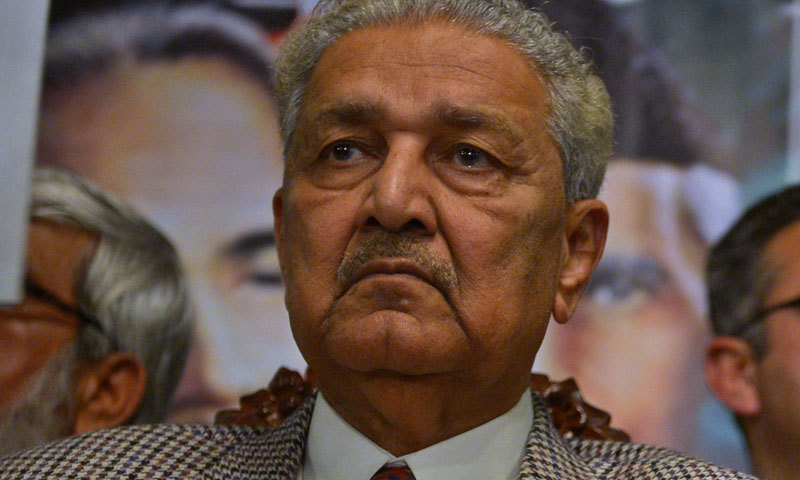 ISLAMABAD: Nuclear scientist Dr Abdul Qadeer Khan on Monday filed a petition in the Supreme Court, seeking enforcement of his fundamental rights, including free movement across the country.

Dr Khan filed the appeal in the apex court against the Sept 25, 2019 judgement of the Lahore High Court which had rejected his similar plea on the grounds that it lacked jurisdiction in view of special security measures taken by the state for his protection.

Advocate Zubair Afzal Rana filed the petition on behalf of Dr Abdul Qadeer Khan requesting the Supreme Court to pronounce that fundamental rights, including the freedom of movement, could not be abridged, curtailed or denied arbitrarily merely on likes or dislikes of anyone and under the garb of reasonable restrictions.

“Can the government authorities be allowed to violate constitutional safeguards while restraining the petitioner from meeting his near and dear ones, servants, family members, friends, journalists, teaching staff of different colleges, universities, high officials and bureaucrats?” the petitioner asked.

The petition questioned whether the LHC was justified in making a gratuitous advice to the petitioner to approach the Islamabad High Court for redressal of his grievances.

Dr Khan said that he was the pioneer of Pakistan’s nuclear programme and it was with untiring efforts of the people at the helm of affairs that he had succeeded in making the country a nuclear power.

The petitioner said that he felt proud of having done his bit to secure Pakistan from evil eyes of neighbours and other adversaries.

Dr Khan said that ever since he had come to Pakistan and started working on the nuclear project, he had enjoyed personal security befitting of his status, but now the situation was that personnel of security agencies had stationed themselves in a house next door to make sure that no one had access to him.

The petition said Dr Qadeer Khan was not allowed to move around, attend social or academic functions within the country without the prior approval of security authorities. It said this situation amounted to the petitioner being kept in virtual confinement.

“This act of security authorities is illegal since no such order has been conveyed to me warranting the treatment being meted out to me now,” Dr Khan said. “Needless to say that employees of security agencies have no other assignment, but to keep me confined to my house as if in solitary confinement.”

Dr Khan said that this situation began in January 2004 when he had been put under house arrest on the pretext of security. He said he had no access to any friend so much so that his daughter and her children living a few houses away could not meet him, adding that so bad were restrictions that he even could not access the court.

The nuclear scientist said that restrictions were relaxed with the change of government in 2008.

The petition said the Sept 25 LHC order disposing of his petition was not in consonance with the law laid down by the Supreme Court.

Dr Khan said his services for the country had been recognised many a time and he had received several awards, adding that the treatment being meted out to him was violative of his inviolable constitutional right of dignity as enshrined in Article 14 of the Constitution.

The petition said that it was the fundamental right of Dr Khan to move freely throughout the country and meet any one individually or in an assembly.