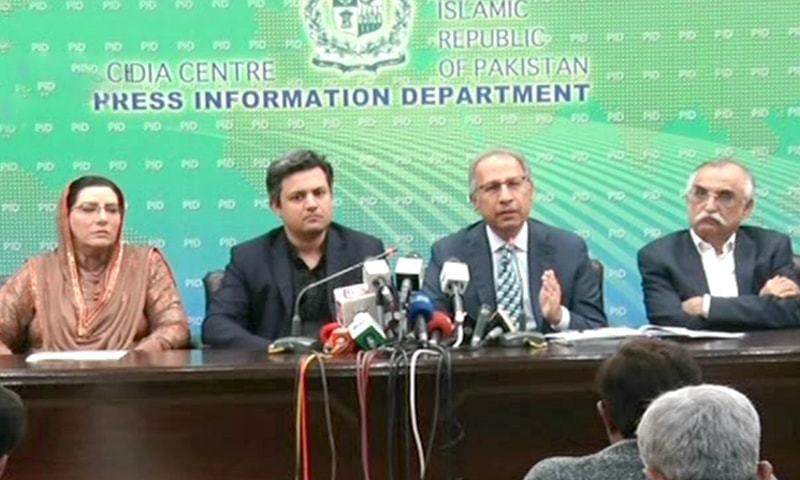 “The axis of the government’s economic policy is to enhance the export sector,” Adviser to the Prime Minister on Finance Hafeez Shaikh said in his press conference on Monday as he announced various decisions taken by the country’s top leadership to boost construction and export activities.

“In this regard, we have decided to allocate Rs200bn to subsidize the export sector. The government will lower interest rates for exporters and the difference will be paid by the government,” he said.

“The Rs200bn will be offered as loans to exporters on discounted rates,” he said.

In addition, he said, an amount of Rs100bn was being allocated for the State Bank of Pakistan’s loan facility to further support exporters. The measure will support exporters in enhancing production capacity, he added.

The adviser said that all decisions were aimed at accelerating economic activity in the country.

He recalled that the government had announced to release refunds worth Rs30bn in the shape of promissory notes or bonds. He said that since the business community was demanding cash refunds instead of bonds, the government had decided to cancel the bond scheme and instead provide cash to exporters to provide immediate liquidity to them.

He also said that the government had decided to increase the limit of sovereign guarantees by Rs250 billion to retire circular debt.

Summarising his address, he said that during the first four months [of the current fiscal year], the country has started gaining stability and that the International Monetary Fund (IMF) and other international monetary institutions have acknowledged the improvement in the country’s economy.

He added that the government was trying its best to run the economy smoothly, but noted that the prosperity of the country is bound to the dollar-rupee exchange rate. He said that an influx of foreign funds to the country (in response to the government’s policy) will bring betterment in the quality of life of citizens.

Responding to a question about inflation, he said that the government was focusing on reducing prices and multiple instruments were being used to handle the issue.

“The government does not want to take any step that increases inflation,” he said, adding that in this regard the government had stopped borrowing from the State Bank of Pakistan.

“This means that no new currency notes are being printed,” he said, adding that not a single rupee has been printed during the last four months.

Talking about the discount rate, he said that the government has nothing to do with it and that the SBP, an independent institution, decides discount rates keeping in view inflation, economic conditions and their impact on various segments of society.

Federal Minister for Economic Affairs Hammad Azhar also responded to queries by reporters. He said that since June, the foreign exchange reserves of the country have increased by $1.2bn, showing signs of stability.

Shaikh also announced that the government had decided to allocate an additional Rs30 billion to the Naya Pakistan Housing Project (NPHP).

“With this latest allocation, we believe that houses worth a total Rs300 billion can be built. The government will contribute Rs30bn as a subsidy,” he explained.

He said that the government has also decided to provide special tax relief to all businesses which support the project and participate in the activity.

Earlier in the day, Prime Minister Imran Khan had chaired a high level meeting on the restoration and promotion of the construction sector in Islamabad, Radio Pakistan reported.

Addressing the participants of the ceremony, the prime minister had said that the development of the construction sector was essential to accelerate economic growth.

He declared that the promotion of the sector is the government’s top priority.

He noted that about forty industries are associated with construction, which can grow and create job opportunities for the youth.

The meeting’s participants had discussed various suggestions on provision of loans for construction, uniform tax rates in provinces and enhancing public private partnership in the sector.

The premier also constituted a committee to formulate applicable suggestions on various problems faced by the construction sector, including provincial and federal level taxes on loans.

The committee has been directed to submit its recommendations to the prime minister in 24 hours regarding taxes, loans from banks and other solutions to the problems faced by the construction sector.