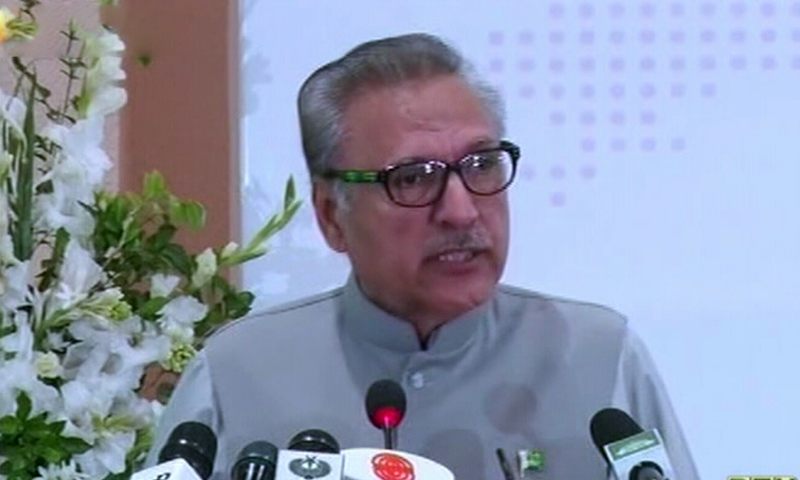 ISLAMABAD: In view of growing criticism against the Pakistan Tehreek-i-Insaf (PTI) government for providing what many critics descri­bed as a “mother of all NROs” to businessmen, bure­aucrats and politicians by curtailing powers of the National Accountability Bur­eau, an ordinance promulgated by President Arif Alvi on Saturday took back majority of the amendments circulated to the cabinet by the law ministry a day before.

Two major opposition parties — the Pakistan Muslim League-Nawaz and the Pakistan Peoples Party — have rejected the ordinance, alleging that the government is making efforts to protect a few of its cronies and “dry-clean” the PTI.

The law ministry on Saturday officially released the text of the controversial ordinance — The National Accountability (Second Amendment) Ordinance, 2019 — that is still in favour of the country’s businessmen who will no longer bear the brunt of NAB as cases pertaining to “federal or provincial taxation, levies or imposts” have been excluded from the purview of the accountability law and the existing “trials shall stand transferred from the relevant Accountability Courts to the criminal courts” dealing with such offences.

The first amendment in the NAB Ordinance 1999 was made by the present government on Nov 1 which deprived the people involved “in any offence involving any amount above Rs50m” from availing better classes in the prison.

The ordinance has not only taken care of the business community, but, to some extent, of politicians and bureaucrats as well, as it redefined the terms “misuse of authority” and “acts done in good faith”.

Surprisingly, the text does not contain a number of clauses which were widely reported by the media on Friday, quoting from the text that had unofficially been provided to reporters by the official quarters, including NAB.

The text messages sent to the media persons by the official spokesperson for the law ministry said: “This is the one approved by the president. It will be notified later.

“The moment, (the) Presi­dent signed the Ordinance it was promulgated. Now it is being published in the Gazette. The printing is going to be the official notification. Ordinance will most probably be notified on Monday or Tuesday in the official Gazette,” said the spokesperson in another text message, without mentioning as to when the president has approved it.

The ordinance issued to the media on Saturday did not put any restriction on NAB as reported on Friday from taking up cases involving corruption or corrupt practices below an amount of Rs500 million as well as from issuing public statements at the stage of inquiry/investigation of a complaint.

The new law neither specify any time period for completion of an inquiry nor bar NAB from reopening any inquiry/investigation.

The procedure to appoint prosecutor general accountability, the 90-day period of physical remand and shifting of burden of proof that rests on accused were not even touched in the new ordinance.

There is no mention of a six-member “scrutiny committee”, suggested in the earlier version, whose permission was necessary for NAB before conducting any inquiry, investigation or arresting a government servant.

The new ordinance did not require the NAB chairman to devise a “complaint redressal mechanism for attending complaints against NAB” and to file a quarterly report on its performance to the federal government.

An amendment made through the ordinance in Section 9 (a)(vi) of the National Accountability Ordinance of 1999 says, “Nothing shall be construed as misuse of authority by a holder of public office unless there is corroborative evidence of accumulation of any monetary benefit or asset which is disproportionate to his known sources of income or which cannot be reasonably accounted for.”

A new clause in the same section reads: “An act done in good faith and in discharge of duties and performance of official function shall not, unless there is corroborative evidence of accumulation of any monetary benefit or asset which is disproportionate to the known sources of income or which cannot be reasonably accounted for, constitute an offence under this clause.”

Another amendment reads: “Notwithstanding anything contained in this Ordinance or any other law for the time being in force, the valuation of immovable properties, for the purposes of assessing as to whether a holder of public office has assets disproportionate to his known sources of income, shall be reckoned either according to the applicable rate prescribed by the district collector or the Federal Board of Revenue, whichever is higher. No evidence contrary to the latter shall be admissible.”