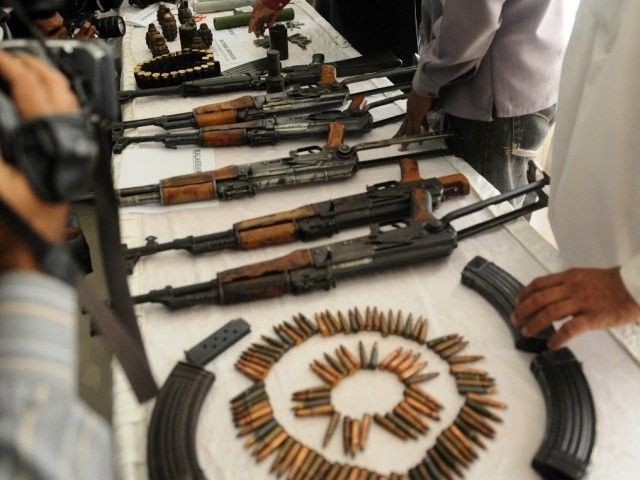 Peshawar: Attempts were being made to smuggle arms from Dara Adamkhel to Punjab.

According to SP President Abdul Salam Khalid, Matni police, acting on a tip-off, recovered a large consignment of illegal arms, while an accused, identified as Ayub, was also arrested. It belongs to Dara Adamkhel.

The SP said that an attempt was being made to smuggle arms to Punjab, however, the police took timely action and recovered 40 rifles and 10,000 rounds of ammunition, while a case has been registered against the accused and further investigation has been started.