Home English News How did the plane's engines shut down? An initial report of the... 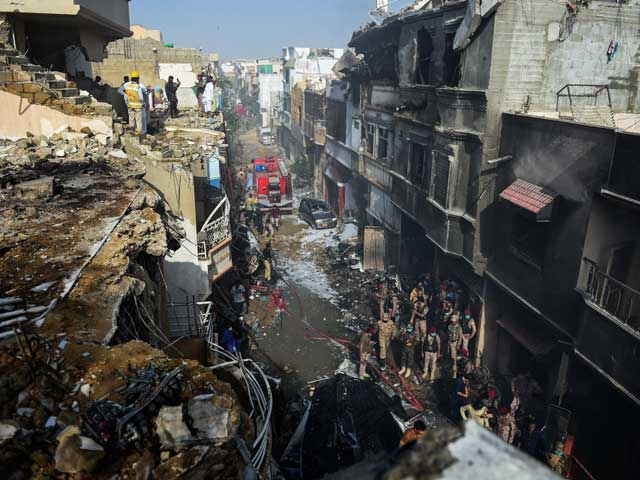 The pilot also gave a May Day call, but the plane had already hit homes, the report said. Photo: AFP

Islamabad: A preliminary report of the plane crash was given to the civil aviation authorities in which it was stated that the engines of the plane were shut down due to the collision of birds.

According to Express News, a preliminary report of the PIA plane crash was prepared and handed over to the aviation authorities. According to the report, the plane collided with birds after the landing gear got jammed, which led to the accident.

According to the report, after the landing gear broke down, the pilot brought the plane down for landing as per the rules, but during this time, more than one bird collided with the unfortunate plane and at the same time both engines of the plane were partially shut down.

The report states that due to low power from the engine, the height of the ship became very low and in a short time the plane could not maintain its height. The pilot also called for "May Day" but the plane crashed into a house in a populated area before reaching the runway and was gliding when it hit the upper floor of the house. ۔