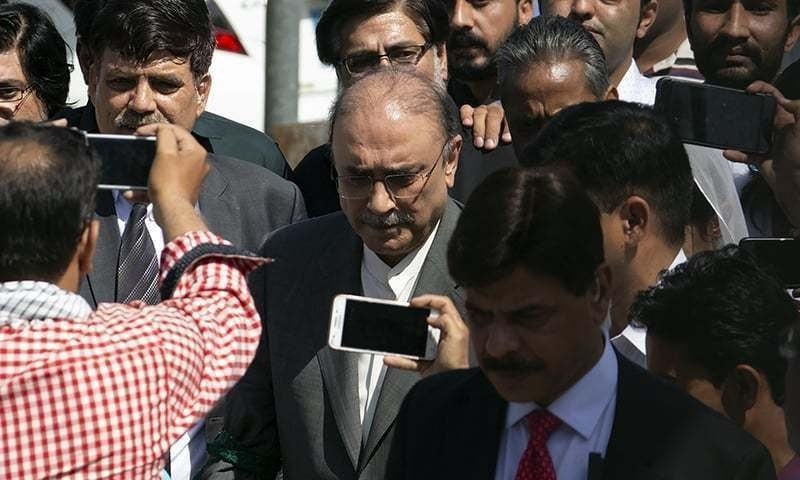 PPP co-chairperson Asif Ali Zardari was on Wednesday granted bail on medical grounds by the Islamabad High Court (IHC), in two cases filed against him by the National Accountability Bureau (NAB).

Zardari, who is nominated in multiple money laundering and corruption cases being probed by NAB, had filed an application in the high court earlier this month to seek bail in two cases. A two-member bench comprising IHC Chief Justice Athar Minallah and Justice Aamir Farooq heard the application today.

The PPP leader was under detention on charges of money laundering and has been undergoing treatment at the Pakistan Institute of Medical Sciences (Pims) in Islamabad. He was arrested by NAB after the cancellation of his pre-arrest bail by the IHC in the fake bank accounts case on June 10.