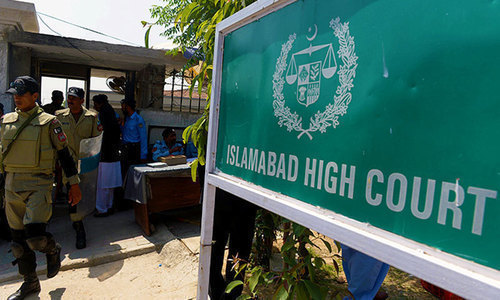 The Islamabad High Court (IHC) on Thursday reserved its verdict on contempt of court cases against Aviation Minister Ghulam Sarwar Khan and prime minister’s aide Firdous Ashiq Awan, after both of them offered unconditional apologies for their remarks.

The verdict of the cases, which were being heard together by IHC Chief Justice Athar Minallah, will be announced on November 25.

During the hearing of the case, Justice Minallah lashed out against Sarwar for linking the release of Nawaz Sharif on bail with a ‘deal’.