One lakh animals have arrived in Karachi cattle market, 48 blocks will be inhabited

Violation of rules; fines of Rs 1.68 billion on banks and financial institutions 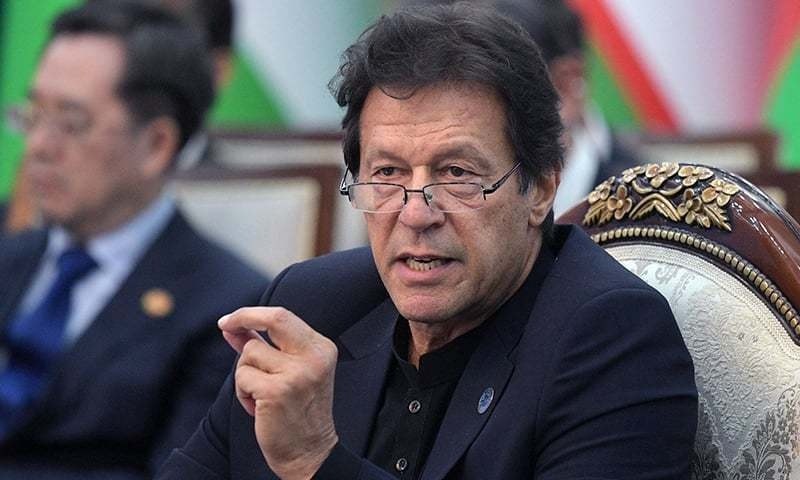 Prime Minister Imran Khan said on Thursday that India, under Prime Minister Narendra Modi, has been moving systematically with a Hindu supremacist agenda.

The prime minister was referencing the controversial Citizenship Amendment Bill passed by India’s upper house amid protests on Wednesday.

The bill will let the Indian government grant citizenship to millions of illegal immigrants who entered India from three neighbouring countries before 2015 — but not if they are Muslim.

Modi’s government — re-elected in May and under pressure over a slowing economy — says Muslims from Afghanistan, Bangladesh and Pakistan are excluded from the legislation because they do not face discrimination in those countries.

Taking to Twitter, Prime Minister Imran stated that the bill was the latest of Modi’s attempts to promulgate his supremacist agenda, “starting with illegal annexation and continuing siege of IOJK [Indian occupied Jammu and Kashmir]; then stripping 2 million Indian Muslim in Assam of citizenship, setting up internment camps; now the passage of Citizenship Amendment Law; all this accompanied by mob lynchings of Muslims and other minorities in India”.

He warned that bowing down to a “genocidal supremacist agenda”, propagated by Nazi Germany, had once before lead to World War II.

“Modi’s Hindu supremacist agenda, accompanied by threats to Pakistan under a nuclear overhang, will lead to massive bloodshed and far-reaching consequences for the world,” he warned. “As in Nazi Germany, in Modi’s India dissent has been marginalised and the world must step in before it is too late to counter this Hindu supremacist agenda of Modi’s India [that is] threatening bloodshed and war.”

The Citizenship Amendment Bill, seeks to grant Indian nationality to Buddhists, Christians, Hindus, Jains, Parsis and Sikhs who fled Pakistan, Afghanistan and Bangladesh “because of religious persecution” before 2015. It does not, however, extend to Rohingya Muslim refugees who fled persecution in Myanmar.

Home Minister Amit Shah said it was not anti-Muslim because it did not affect the existing path to citizenship available to all communities.

Amnesty India, however, said the legislation legitimised discrimination on the basis of religion and stood in clear violation of the India’s constitution and international human rights law.