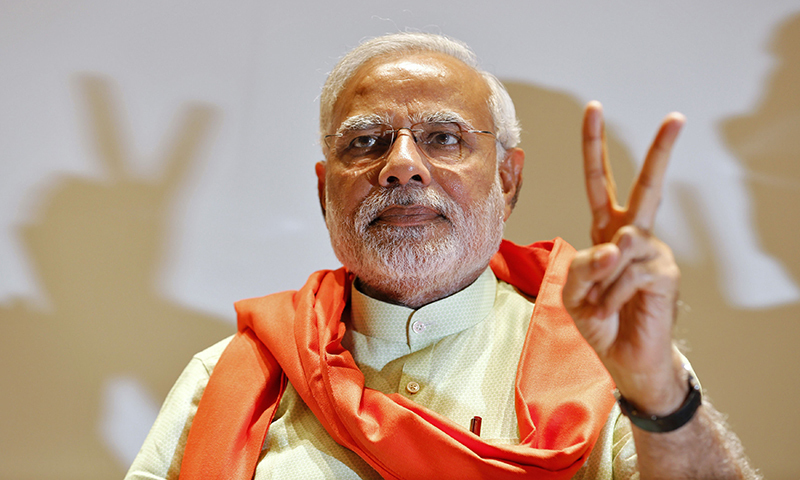 She said the prime minister will visit Punjab on Nov 8 to inaugurate the corridor and also attend the religious programme organised by the Shiromani Gurdwara Prabandhak Committee (SGPC) to mark the 550th birth anniversary celebrations of Guru Nanak Dev.

There appears to be a parallel track of events relating to the landmark anniversary, divided between Mr Modi’s Sikh allies and the Congress party’s Punjab Chief Minister Amarinder Singh. The chief minister had invited former prime minister Manmohan Singh to join the visit to the Pakistan side of the event, which he has accepted.

Ms Badal accused the chief minister of challenging the supremacy of Sri Akal Takht Sahib by deciding to hold a parallel stage to mark the 550th Parkash Purab celebrations at Sultanpur Lodhi in Indian Punjab.

“For a devout Sikh, a directive from Sri Akal Takht Sahib is the supreme order. It was extremely unfortunate that the Congress government has decided to hold a parallel function despite an advisory from Sri Akal Takht Sahib Jathedar Harpreet Singh and attempts by the SGPC to hold a joint celebration,” said Ms Badal, who was campaigning for Shiromani Akali Dal candidate Manpreet Singh Ayali for the upcoming Dakha by-poll.

“A joint coordination committee was also made for this purpose but Congress representatives of the committee did not let efforts for a joint celebration succeed. This will certainly create confusion amongst the Sikh community and be considered as an act aimed at weakening the community,” she added.

Urging the state government to relent and follow traditions, Ms Badal said: “It’s our Guru’s 550th Parkash Purab. Let’s celebrate it together without any ego clash. If the CM and his Cabinet ministers are really so enthusiastic to celebrate, they must first perform the duties which the government is supposed to do, like creating the infrastructure to facilitate the pilgrims, which hasn’t been done in the holy city of Sultanpur Lodhi till date.”