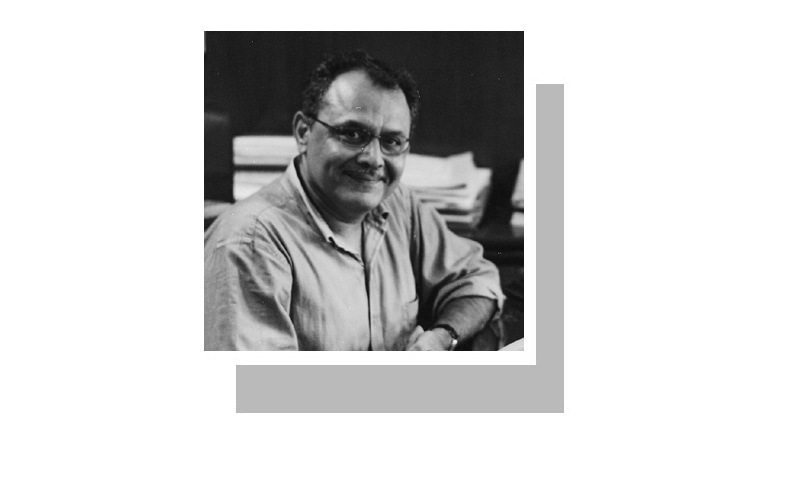 THERE is method to the madness of those who wield real power: they maximise their own clout but at a carefully calibrated cost; then there is just madness. It seems shockingly rampant among the ranks of the lesser, aspirational, players.

The grave illness of three-time former prime minister Nawaz Sharif quickly made those who wield real power and had plotted his ouster as well as the ignominious aftermath of that guillotined stint in office, realise that the situation called for a radical change of heart.

Do not despair. You are not being asked to solve a complicated riddle. Last week in this very space you may have read that Mr Sharif was expected to have flown abroad for treatment by last Monday. (Yes, I have had to eat my words.)

This was reported after it was clear that a doubting, sceptical Imran Khan, the prime minister, had been convinced by a medical expert he trusts totally that Nawaz Sharif was so gravely ill that his life seemed poised on a knife’s edge. Any delay in treatment could well be fatal.

This was a low-cost solution to removing a painful thorn in the side.

From the time he almost died in NAB’s custody and first moved to Services Hospital and then to a specially created sterile facility at his Jati Umra residence, the courts and the main players were both aware of how his condition had worsened.

From then on, it was evident that the powers that be did not want the most popular leader from Punjab, heaven forbid, dying on their watch. Even earlier, when he was out of power and in prison, it is believed, that emissaries had consistently conveyed one message to Mr Sharif.

That he and his daughter could leave the country after agreeing to stay silent and away from politics for a certain period. But they were confronted by a different Sharif to the one who had quietly left the country after Gen Musharraf’s coup following a deal, similar to the one on offer.

Sources say he was adamant he was not going anywhere and was looking for vindication, a public admission that he had been wronged and had been ousted in nothing less than what he saw as a coup. Obviously, this was not acceptable to the other side.

Even imprisoned, Mr Sharif and Maryam Nawaz continued to be viewed as a risk as they were not prepared to cut any deals, unlike some other key PML-N leaders who avowedly belonged to the non-confrontationist, ‘accommodation’ camp.

Tragically, power politics is a heartless game. To some of his powerful detractors especially in the establishment, Mr Sharif’s critical illness must have appeared like a golden opportunity that needed to be grabbed with both hands.

He and Maryam Nawaz, for a time at least, would be out of the picture and politically neutralised, without anybody having had to make a concession such as saying the Sharifs had been wronged. That was improbable anyway, given how bad it would have made the holiest look.

So this was a low-cost solution to removing a painful thorn in the side. Therefore, it was shocking when the prime minister changed his mind and tried to add a condition of an ‘indemnity bond of Rs 7/7.5 billion’ for taking Mr Sharif’s name off the infamous Exit Control List.

Many legal experts termed this condition unlawful and merely designed to humiliate Nawaz Sharif, while a couple also pointed out that unlike a surety bond submitted to the courts when bail is granted this indemnity bond did not have much significance as no money or property papers are pledged.

It was laughable when the ‘indemnity bond’ condition was attributed to the pressure of PTI hard-liners in the cabinet. It is no secret how Imran Khan calls all the shots and no minister worth his/her salt would have stood up to him had he wanted them to endorse something.

What is, however, likely is that some among his cabinet may have reminded him of the PTI’s years-long anti-corruption narrative and how the support base would perceive this decision unless there was at least a notional price tag attached to it.

After targeting its opponents with it, now the PTI was captive to its own narrative. On the other hand, Nawaz Sharif was said to have flatly refused to comply. He rejected such a bond with even a notional amount as that could be misinterpreted by the public as an admission of guilt.

Against this backdrop created by the PTI, its coalition partners such as the PMLQ, MQMP and BAP which have represented powerful institutional interests, and often spoken for them, went public with their unease at the PTI foot-dragging. They advised the prime minister against ‘self-harm’.

The matter ended up in court again. The court verdict has come and though it stipulates that no conditions should be attached to the removal of Nawaz Sharif’s name from the ECL, ie no indemnity bond, it seems that the PTI will not go into appeal — such has been the pressure of foes and friends alike on it.

None of this is to suggest that the wielders of real power have suddenly found compassion, forgotten how the former prime minister asserted his legal authority, his right to make decisions as an elected leader and also to give directions to constitutionally-subordinate officials and institutions.

One need only look at the fate of former prime minister Shahid Khaqan Abbasi, ex-finance minister Miftah Ismail and outspoken Punjab PML-N leader Rana Sanaullah. All remain behind bars for either speaking their minds, it is believed, or merely refusing to abandon their leader and change loyalties.

All the moves on the chessboard today are being dictated by enlightened self-interest. Brutal silencing of the media, plotting the ouster of a prime minister and his party’s government and ensuring a favourable dispensation followed was one thing. Having a martyr from the majority province on their hands is altogether a different prospect.

The writer is a former editor of Dawn.