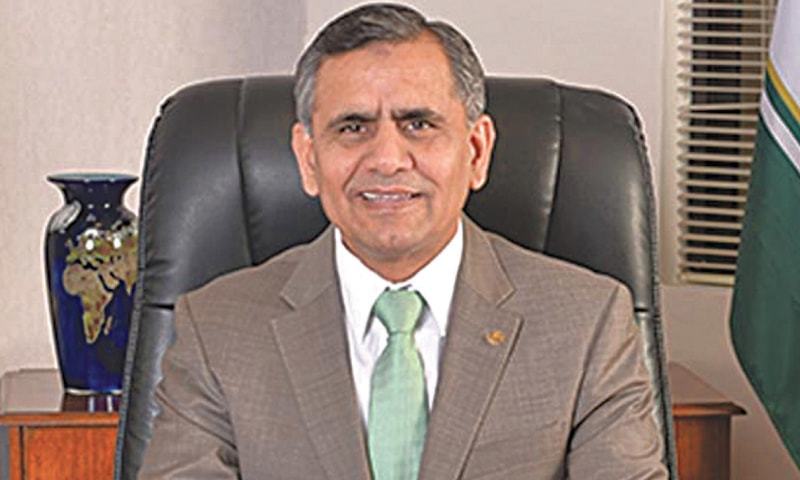 KARACHI: The Sindh High Court has restrained Air Marshal Arshad Malik from carrying out any function as the chief executive officer of Pakistan International Airlines till Jan 22 on a petition challenging his appointment.

A two-judge bench headed by Justice Mohammad Shafi Siddiqui also issued notices to respondents as well as the deputy attorney general for Jan 22.

The bench in its order said that the contentions raised by the petitioner’s lawyer merited consideration, particularly the apparent titanic gulf between the CEO’s education, qualification and experience and the job requirement.

In the meanwhile, the bench said that the PIA chief, chief human resource officer and the airline’s board of directors, through its chairman/CEO, were restrained from carrying out any function as well as encumbering or disposing of assets of the national flag carrier valued over Rs10 million.

Petitioner Safdar Anjum, who is the general secretary of one of the associations of PIA senior staff/employee, submitted that he was filing the petition in the public interest and for enforcement of fundamental rights of all the members of the association and general public since the PIA was a national asset.

Impleading the PIA CEO, the federation through principal secretary to the prime minister, secretaries of the cabinet and aviation divisions, PIA and others as respondents, the petitioner stated that the Air Marshal Malik was a senior serving officer of the Pakistan Air Force (PAF) and his appointment as the PIA chief was made in utter disregard of law laid down by the apex court in its Aug 3, 2018 judgement against the appointment of the then CEO.

The lawyer for the petitioner argued before the bench that as evident from his job application, the main respondent was holding a basic BSc degree and seemed to have acquired qualifications in war studies.

He said clearly he lacked any qualifications, experience in commercial airline industry or operating a commercial fleet under the civil aviation rules and international treaties.

The counsel further argued that the PIA was originally established under the Pakistan Airlines Corporation Act, 1956 and later converted into a public limited company through the PIA (Conversation) Act, 1984 and its chairman as per Section 8 was to be appointed by the federal government and the chairman also acted as CEO.

He maintained that the appointments of such officials were to be made through the Public Sector Companies (Corporate Governance) Rules of 2013 and as per relevant law the appointing authority was required to consider the matters based on competence, capability visibly demonstrated by the candidate, ability to understand technical requirement of business, appropriate qualification, training and others.

He stated that the main respondent’s qualification and experience did not match the job requirements.

Referring to a previous judgement of the apex court, the petitioner’s lawyer submitted that under similar circumstances, the Supreme Court had removed the then CEO of PIA while holding that “until and unless strict compliance with the provisions of the statute and rules governing appointment to these senior positions were adhered to in letter and spirit, such appointment will always be subject to challenge on the ground of arbitrariness and non-compliance with the law and settled principles”.

The petitioner’s counsel asked the court to declare the appointment illegal and unconstitutional.

He also sought a restraining order against the incumbent CEO on the ground that he was making huge financial decisions and might encumber valuable assets of the PIA that may result in selling of these assets at throwaway prices.