Karachi: A PIA passenger plane coming from Lahore to Karachi crashed on the population near Karachi Airport. The plane was carrying 91 passengers and seven crew members, of whom 96 were confirmed dead and two survived.

According to Express News, a PIA passenger plane was coming from Lahore to Karachi when it crashed in a residential colony in Model Town area adjacent to Jinnah International Airport shortly before landing. The crash also destroyed several houses, triggering a stampede in the area.

The crashed flight was operated exclusively on the occasion of Eid. The flight took off at 1:10 pm and reached Karachi on time, however, the flight lost contact with the control room just moments before landing.

Transfer of bodies to Jinnah and Civil Hospital

Two passengers miraculously survived the accident and were shifted to Civil Hospital Karachi and Darul Sahat Hospital where both are out of danger.

According to Sindh Health Department spokesperson Miran Yousaf, 25-year-old Muhammad Zubair and Bank of Punjab President Zafar Mahmood are lucky survivors who were rushed to the hospital by rescue teams.

Zafar Mehmood has been admitted to Darul Sahat Hospital while Mohammad Zubair has been shifted to Dr Rath Fau Civil Hospital Karachi and both are out of danger. Chief Minister Murad Ali Shah visited Bank of Punjab President Zafar Mahmood, who survived the plane crash, at a private hospital.

He added that a woman named Almas Tahir, who was admitted to the CMH hospital, was thought to have been on board the plane but survived, but later found out that she was not on board. There are residents of Model Colony who were injured in the plane crash.

According to a PIA spokesman, the plane was not very old and was about 10 to 11 years old. The plane was fully maintained, so it would be premature to say anything about a technical glitch.

According to a PIA spokesperson, PIA's emergency call center has been activated and PIA's operational employees have been called on duty and information will be shared with the media as soon as it is received.

According to sources, the plane suffered a technical malfunction and the tires of the plane were not opening shortly before landing, while the pilot of the plane had also called the traffic control 'May Day'.

An audio recording of the last contact between the pilot and the traffic control tower also came to light, in which the pilot reported an engine failure and later made a 'May Day' call, telling the control tower that two runs had been made for the plane to land. They are available, but the plane could not be reconnected.

The ill-fated plane had 91 passengers and seven crew members on board. According to sources, the captain of the plane is Sajjad Gul and the crew includes Usman Azam, Farid Ahmed, Abdul Qayyum Ashraf, Malik Irfan Rafiq, Asma and Anam Maqsood.

Scenes from seconds before the plane crash

The passengers of the ill-fated plane crash included well-known fashion model Zara Abid from Showbiz and Ansar Naqvi, director of programming at a private TV channel.

The lucky airhostess of the ill-fated plane 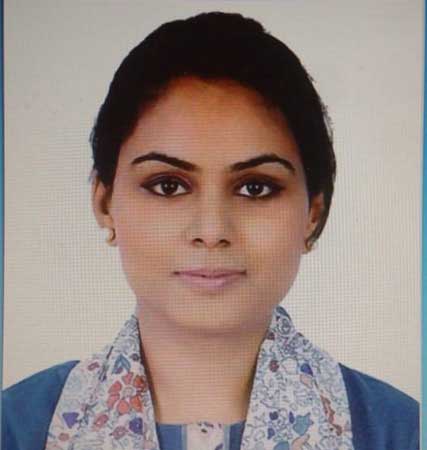 After the accident, a heavy contingent of Rangers and police rushed to the spot and cordoned off the area while fire brigade personnel were also present to put out the fire. Rescue operations are hampered by the rush.

The provincial health minister declared an emergency in Karachi hospitals after the plane crash and directed that there should be no delay in the treatment of the injured.

Shocked & saddened by the PIA crash. Am in touch with PIA CEO Arshad Malik, who has left for Karachi & with the rescue & relief teams on the ground as this is the priority right now. Immediate inquiry will be instituted. Prayers & condolences go to families of the deceased.

Prime Minister Imran Khan directed the concerned agencies to provide relief, rescue and immediate medical aid to the injured while ordering immediate investigation of the plane crash and said that he was in touch with PIA Chief Executive Officer Arshad Malik who was in Karachi. Departed

According to a PIA spokesperson, the PIA's emergency call center has been activated and PIA's operational employees have been called on duty so that information can be shared with the media.