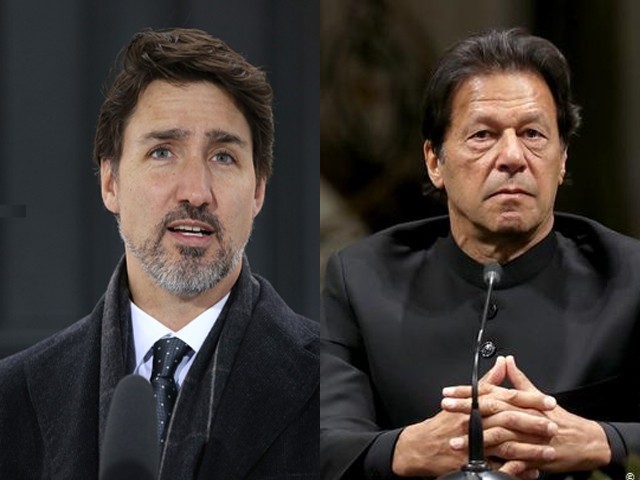 Imran Khan also expressed his condolences to his Canadian counterpart over the loss of life caused by Corona. Photos, Internet

Islamabad: Prime Minister Imran Khan said in a telephone conversation with his Canadian counterpart Justin Trudeau that developing countries were facing problems in dealing with the epidemic and hoped that Canada would support the global debt easing initiative.

According to Express News, the Prime Minister called his Canadian counterpart and expressed his sorrow over the loss of precious lives. The situation caused by the corona virus epidemic and the diagram of mutual interest were also discussed.

During the talks, the two leaders discussed the repatriation of each other's citizens and agreed to stay in touch on issues of common interest. Imran Khan expressed concern over the discriminatory and hateful treatment of Muslims in India in the wake of the Corona virus outbreak and also briefed his Canadian counterpart on the situation in Occupied Kashmir.