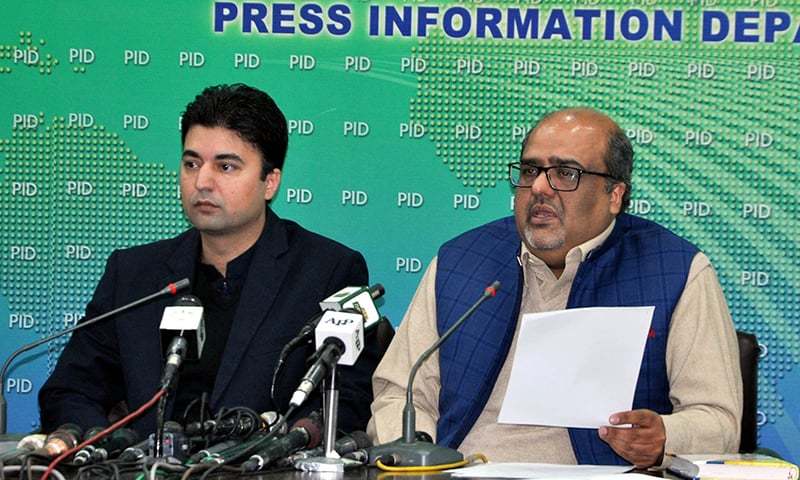 Special Assistant to the Prime Minister on Accountability Shahzad Akbar held a press conference on Sunday to explain the changes in the National Accountability Ordinance made by the government through a presidential ordinance promulgated earlier in the week.

He said that besides turning around the economy, the government, after coming into power, had focused on the restoration of the people’s confidence in state institutions.

“An example before us is NAB (National Accountability Bureau) whose laws were amended to bring in improvements,” he said, as he began to clarify why the law had been amended and what the amendments exactly entail.

“It was seen as extremely important to bring in changes to existing laws so that no one is wrongly made to suffer,” said Akbar.

“You will all agree with me that the NAO,1999 is a very stringent law. And rightly so, to effectively address the menace of corruption rampant in our society.

“But clarification is needed so the law is understood better.”

Akbar said one of the aims of bringing in the amendments was to address the clause of “misuse of authority”.

He said previously the law was such that a person could be embroiled in a NAB case simply for having made a wrong decision.

“So an addition to the clause has been made whereby when a person is using their authority — whether its a public office holder or a minister or a businessman — and they are charged with having misused it, it will be examined whether there was personal monetary benefit attached to their decision.”

“If such an advantage emerges only then will it be considered corruption.”

The second amendment was made for the issue of taxation, he said, and elaborated that in several cases, the overriding of jurisdictions of several institutions was noted. He clarified that tax related issues will be dealt by the Federal Board of Revenue (FBR) and not by NAB.

The PM’s aide said that the Section 4 of the four-page amendment draft deals with application of the Ordinance. He said that Section 4(2) says that the provision of this Ordinance will not apply to the matters pertaining to federal and provincial taxation, levies and impost. “It is very important to draw the distinction between the issues of corruption and taxation.”

The adviser said that Section 4(2) B was also a very important section. Under it, it has been outlined that the NAB law will not be applicable to any person who himself is not a public officer holder, has no relation with a public office holder, and does not have any means of “using authority”.

“Cases in which government office holders have used their authority for kickbacks already do fall within the scope of NAB’s investigations.

“In cases of ‘assets beyond known sources of income’, a government official can be probed by NAB but not a common man. In the case of the common man, he will be investigated by FBR,” explained Akbar.

He warned, however, that there are three exceptions when it comes to the implication of a common man.

Akbar said that if a common man or businessman cheats the public at large, for example with a modarba scam, the case will fall within NAB’s jurisdiction.

Also, if there is criminal breach of trust by an ordinary man whereby, for example, he cheats someone out of money kept with him for safekeeping, it will be a case NAB will investigate.

The third exception is breach of trust in the capacity of merchant, attorney, bank or agent. If any of these professionals cheat the public, they will be held accountable by NAB.

He also explained a sub-section of the ordinance pertaining to procedural lapses. “If there is a procedural lapse, if a rule has been violated but there is no element of corruption and no undue advantage, [it won’t be taken up by NAB].”

“NAB’s task is to probe corruption allegations. It’s job is not to fix departments [and any procedural lapses within them]. For that, departments have their own laws, for example, the termination of service of an employee.”

Akbar then explained a sub-section which states that no action will be taken against any public office holder over the rendition of any advice, opinion or report by them unless proof of corruption or benefit is provided.

He said that another sub-section also explains that assets when assessed will be valued according to whichever is higher among the DC (government) rate or the FBR rate. He said that everyone knows FBR rates are updated.

The PM’s aide also explained another clause regarding “defence of good faith” contained in Section 36 of the existing law.

“For example, NAB makes a case against a person who is later exonerated. He will have to take the action in good faith. He will not be able to file a case against NAB officers and allege that they committed injustice.

“If they had evidence and went forward with the case, they had no ill will. Unless the person can prove personal enmity.”

He said the same good faith defence was available to civil service officers and bureaucrats unless corruption is proved against them.

Akbar said clauses related to bail or remand had not been changed, which are matters decided by the relevant court.

The adviser on accountability also clarified that the ordinance will remain in effect for a period no less than four months and up to eight months “after which it will go to the parliament”.