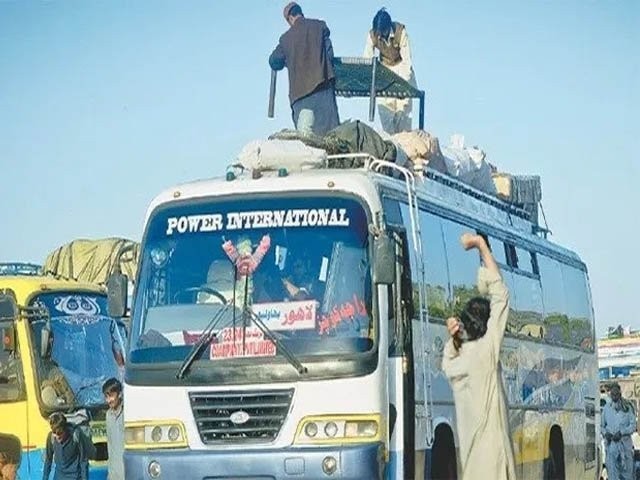 Lahore / Rawalpindi: Public transport in Punjab has been partially restored but a faction has refused to recognize government SOPs and has announced not to operate vehicles.

According to Express News, public transport has been partially opened in various cities including Lahore and Rawalpindi, while All Pakistan Public Transport Association chairman Ismatullah Niazi, along with other officials, told a press conference that the government The SOPs mentioned were something else, now something else is coming. If the SOPs created in consultation with us are not implemented, the vehicles will not run.

Transporters split into two factions, one organization announcing to drive

On the other hand, President Justice Transport Workers Federation Shakeel Ashraf Butt has announced to activate all transports from 12 noon on Sunday, after which the transporters of Punjab have been divided into two factions.

Shakeel Ashraf said in a press conference that he hoped that the Chief Minister of Punjab would provide full protection to us. Mirza Shehzad, leader of Insaf Transport Workers Federation, said that the closure of transport for two months has caused financial difficulties. The SOPs that the government has developed are quite simple. Through the efforts of the transport brothers and other organizations, transport was opened. Disinfect vehicles, use hand sanitizer masks.

"We expect the government to announce relief in our taxes and tolls," he said. Fares for AC and non-AC buses will be reduced by another 15% and government orders will be complied with.

In the issued SOPs, it has been instructed to keep the windows of the bus or wagon open for air. Upon completion of the journey, the bus will be washed with disinfectant. Will go Electronic ticketing will have to be issued to ensure tracking of passengers. Additional personnel will be deployed at the bus terminals and crowds will not be allowed. Marking will be done at the parking sites in the terminal.

The guidelines require passengers to wear masks and gloves. Social distance between passengers and bus crew must be ensured. It was made mandatory to check the temperature of the driver and conductor before starting the journey. The seat with the 65-year-old passenger will be left empty. Tissue will be used for coughs and colds. In case of fever or severe cough, the passenger will not be allowed to board the vehicle. There should be head sanitizer in Rawalpindi bus terminal and bus or wagon. Passengers on public transport will be 3 feet apart.

On the other hand, Pakistan Goods Transporters has announced a 25-30% reduction in fares due to reduction in diesel prices and also demanded from the government to reduce the prices of commodities in the market.