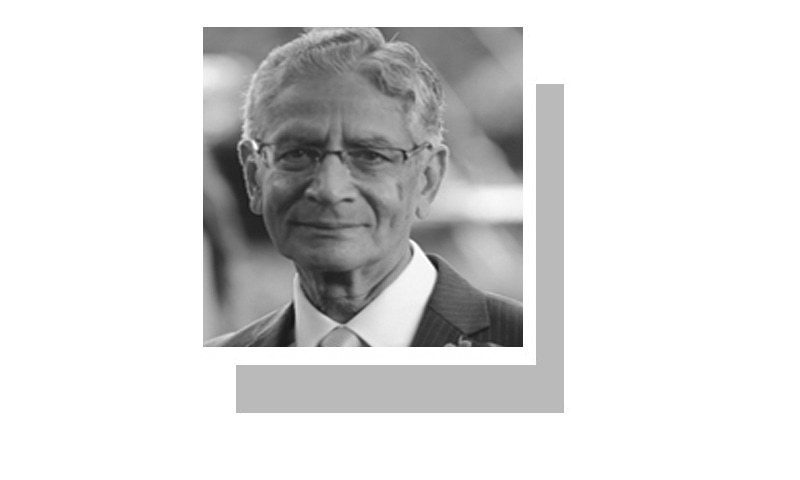 AFTER having fought a flawed war in Afghanistan for 18 years — termed by scholars Samuel Moyn and Stephen Wertheim as “the infinity war” — the US is now looking for a flawed peace. The ongoing US-Afghan Taliban talks appear to be less about Afghanistan’s peace than about the end of America’s war.

The prospective deal may lend credibility to Trump’s claim that he has fulfilled his campaign promise to end America’s endless wars, and give the insurgents a nod of legitimacy. It could also help avoid an immediate meltdown in Afghanistan. But peace will remain elusive. With both Kabul and the Taliban aspiring for full power, a sliver of which each may be willing to share with the other, the conflict is bound to continue.

How should Pakistan address this challenge? First, it has to face some truths.

Pakistan may not have been a party to the Afghan conflict but it has been a part of it. It may not have been part of America’s failure but has certainly been part of the Taliban’s success. This would make Pakistan neither an impartial observer of the war nor an honest peace broker. Pakistan is invested in the future of the conflict and, for better or worse, its conduct matters. Pakistan must think about it carefully.

It is not just the US that has failed in Afghanistan.

We are not in the 1990s, when Pakistan had the field clear to it after the Soviet withdrawal, and Afghanistan was largely a foreign policy challenge. At long last, Pakistan had a government in Kabul that was friendly.

But consider the cost of securing this and what followed; both Pakistan and Afghanistan ended up playing havoc with each other, becoming tributaries and confluences of extremist influences that have radiated well beyond the region. It is not just the US that has failed in Afghanistan.

Meanwhile, South Asia has become an arena for shifting and overlapping coalitions among regional and global players. With the US withdrawal, Iran and Russia will look at the Taliban differently — not as their ally against the US but as the Pakistani surrogate. India will join them for its own reasons. Pakistan will itself face prospects of failure in Afghanistan on the one side, and continued pressures from an assertive India and the unfolding crisis in Kashmir on the other — all while continuing to cope with its internal challenges. Pakistan cannot fight on three fronts and continue to live dangerously.

At least on one front Pakistan can and should try to manage the crisis better. If Pakistan continues to see Afghanistan through a security lens, it will remain stuck with the Taliban. The focus should be on Afghanistan and its people and how Pakistan can help save them from having to choose between the rule of the Taliban and continued conflict.

Afghanistan’s economy (especially its infrastructure) has evolved, education has expanded, women’s rights have improved, the media has been revived, and Afghans have sampled democracy, however tainted. There is a greater political consciousness among its minorities. And the Taliban remain unpopular. We should not wish Taliban rule over Afghanistan any more than we wish to be ruled by such outfits in Pakistan.

Granted, Afghanistan is horribly corrupt, divided and unstable. And its fractiousness lends itself to unending struggles for power. But Taliban rule in Afghanistan cannot be justified either as a punishment, a remedy for instability or as a weapon of Pakistan’s foreign policy. And, for their part, Afghans must understand that Pakistan cannot solve their problems for them, any more than the Americans could. Aiding terrorists against Pakistan or being friendly with its enemies will not help.

Afghanistan can only be fixed by the Afghans, but they need Pakis­tan’s help not hindrance. Pakis­tan needs to be tough with the Taliban and restrain them from monopolising political power. Pakistan maintains it cannot exert any more pressure on the Taliban. That may be a good line to take in America’s war but will not work in the conflict to come. The Taliban unbound will create a reverse ideological and strategic depth in Pakistan as they remain the flagship of extremist movements in the region. We will suffer internally from the blowback of their rule in Kabul. Any foreign policy benefit will come at a domestic cost.

The Taliban is a common challenge for Afghanistan and Pakistan, but neither can address it alone. Kabul must work with Pakistan. Only when Afghanistan and Pakistan come together will the Taliban compromise. Pakistan should understand that what is needed is not ambiguity but genuine efforts at peace in Afghanistan. That will help its relations with the US and Kabul, as well as contain the Taliban — and allow it to focus on more important national challenges.

The writer, a former ambassador, is adjunct faculty at Georgetown University and senior visiting fellow at National University of Singapore.