We will not compromise on children's health, Saeed Ghani

The Prime Minister will address the UN General Assembly tonight

Campaign against unnamed properties slows down

Special courts should be set up against blasphemous companions and Ahlul Bayt: Muneeb-ur-Rehman 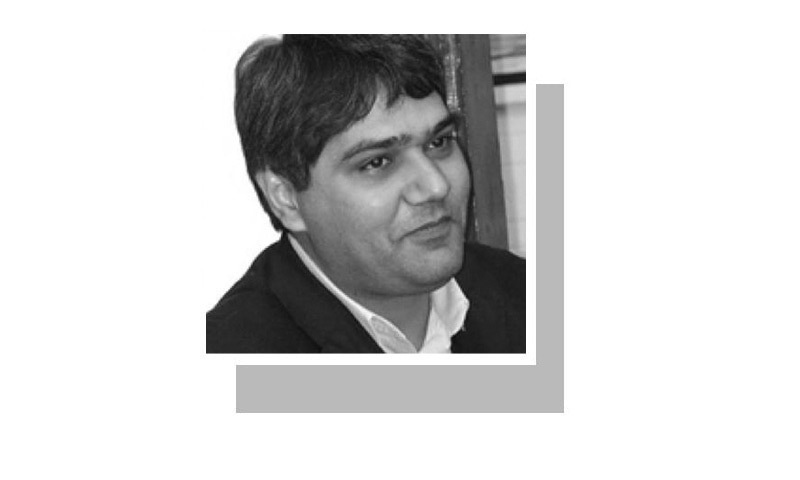 THE perception has been growing for a while now that Pakistan’s power elites believe in an apolitical society and thus tend to engineer young people’s thoughts for that purpose. As ‘politics’ has become a dirty word, it is also considered forbidden territory for the young. Others assert that the perception may be only partly true, as the power elites believe in politics but want to keep it exclusive.

In Pakistan, the domain of politics has plenty of room for different ideological, religious, and political brands that suit power elites’ interests. But there has been little space for political tendencies with alternative, progressive and critical views.

For the power elites, politics is a source of seeking authority and control that has little to do with people’s political rights and empowerment. For them, the ‘politics of rights’ is the enemy’s domain, which is used for nurturing multiple generational warfare against the state. All sources of rights-based politics, from trade to student unions, have been depleted, and the controlled media have been assigned the task to promote controlled narratives. The power elites hope this exercise will make the people think alike and positive.

After the media, controlling educational campuses is the second priority of the power elites in Pakistan. One can observe that at every policy forum or discussion platform in Islamabad or provincial capitals, the talk of student unions is taboo. From bureaucrats to administrations and teachers at educational institutions, all seem scared of students’ power.

One can observe that at every policy forum, the talk of student unions is taboo.

Interestingly, they feel comfortable with the student wings of religious and political parties, and banned outfits, which freely operate on campuses. For one, such students’ wings have backing from like-minded administrative and faculty staff on the campuses. Secondly, the power elites, too, have no issue with such groups, because the latter have learned the art of survival while protecting — or at least not hurting — the former’s interests.

The nexus of radical religious groups has nurtured extremism on educational campuses. Properly functioning student unions, steered by certain consensus guidelines, could, instead, have helped in preventing radicalism among the youth. Similarly, the provincial governments should devolve power to the local governments, which can cater to the need of the youth in their respective areas.

The arguments of the power elites against student politics are very well known, in which violence and the disturbance of the atmosphere on campuses are the main ones. The counter-arguments are also valid, and vary from the weaponisation of the 1980s to the military dictators’ approaches towards politics.

However, remedies are also available. Several organisations have been working to improve political participation and engagement with youth on the campuses. They have prepared new codes of conduct for student unions to ensure a free and secure political environment on campuses. But the power elites are not interested at all in allowing student politics to function. The securitisation of public universities and the commercialisation of private educational institutions have made it difficult for sane voices to initiate a debate on political participation of the youth in the country. In such an environment, the student solidarity march was a courageous step and reflected the youth’s anxiety.

It is not certain how far the [students’ solidarity march][2] will go, but it has provided an opportunity to look into one of the critical issues the country is facing. The power elites’ attempt to nurture a controlled political culture in the country has generated at least three major political trends amongst the Pakistani youth.

First, it has disillusioned the young about public-sector education. During the last three decades, they remained the easiest ‘target’ of the extremist and militant parties. They felt extensively consumed by the false narratives of militancy and nationalism, which benefited neither them nor the state. This perhaps encouraged the religious, political parties to try to build their political capital on a disillusioned youth. The Jamaat-i-Islami launched the youth movement Pasban in the early 1990s to engage the youth on the basis of the mantra of struggling against injustice, but it failed to convert it into electoral success. Tahirul Qadri’s Pakistan Awami Tehreek is another example.

Still, the narratives these parties fed their youth was useful political capital for the establishment. Many of the top leaders of such religious parties joined establishment-backed political parties in the 1990s.

The second trend linked with the madressah generations has not yet revealed its full political potential. These generations have remained under the direct influence of militant, extremist, and sectarian groups. The present madressah generation is attracted to political spaces and opportunities. They may not be much concerned about who provides these spaces but the JUI-F has its fingers on their pulse.

The third political trend can be seen among the youths of the 2000s or late 1990s, who are students or have graduated from private educational institutions. Their parents were the beneficiaries of the expansion of the services sectors in post-9/11 Pakistan, and lived in posh localities and cantonments.

This generation had little political exposure or opportunities on campus, but their changing social class and access to cyberspace transformed their political behaviour. This was the sort of political awakening desired and designed by the power elites.

The ruling PTI was the primary beneficiary of this trend. Imran Khan became the political romance of the new middle class whose political views resemble modern day populism. They desire a politically sovereign and assertive Pakistan, with all-the benefits of international engagement but without any compulsion or reciprocity. For instance, they will desire economic self-reliance with the advantageous support of globalisation, but will remain emotionally reactive and inclined to put the onus on others, including through externalisation.

Pakistan’s recent political history moves around these three major trends. Student politics has contributed somehow in the first trend, but by and large all these three trends suited the power elites from time to time, and helped in their nourishment. The power elites have mastered the art of dealing with these political trends. However, they get nervous when rights-based movements arise. They know only one way to deal with such movements, and this is through muscle power. One can only hope that the political aspirations of Pakistan’s are dealt with politically.

The writer is a security analyst.