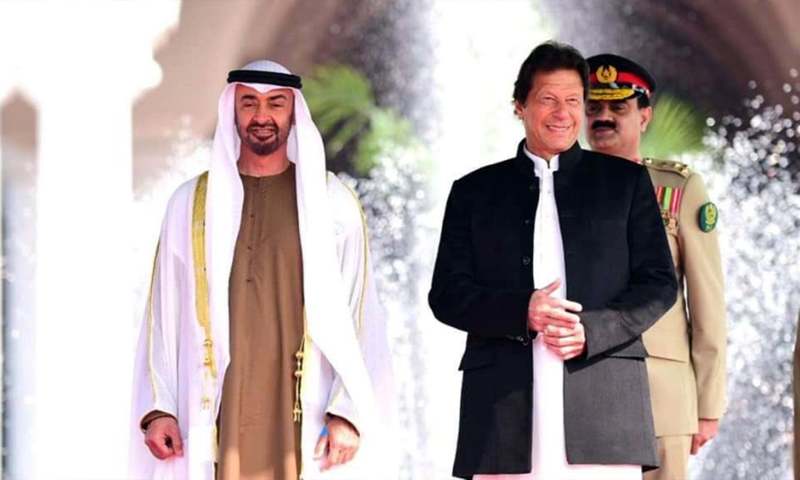 Abu Dhabi Crown Prince Sheikh Mohammed bin Zayed Al Nahyan will arrive in Islamabad tomorrow (Thursday) for a day-long visit “to further strengthen the bonds of friendship between the two brotherly countries”, according to a statement by the UAE Ambassador in Islamabad.

During the visit, the crown prince will hold a meeting with Prime Minister Imran Khan “to discuss the ways to enhance bilateral relations between the two countries”, said the statement.

In addition, views on “matters of mutual interest and the regional and global situation” will also be discussed.

The UAE crown prince had last visited Pakistan on January 6 in 2019, just weeks after his country offered $3 billion to support Pakistan’s battered economy.

The UAE crown prince’s visit, which is part of growing exchanges between Pakistan and Arab countries, will take place less than a week after Emirati Minister for Tolerance Sheikh Nahyan bin Maba­rak Al-Nahyan met the premier and President Arif Alvi to discuss possibilities of expanding bilateral ties.

The premier’s visit to Riyadh had followed a trip to Bahrain where he was awarded the country’s highest civilian honour.

The multiple visits between representatives of UAE, Saudi Arabia and Pakistan come in the backdrop of the Kuala Lumpur summit in Malaysia, which was held to discuss the problems faced by the Muslim Ummah.

Pakistan was one of the first countries with whom Malaysian Prime Minister Dr Mahathir had shared his plans for holding the summit when he met Prime Minister Imran along with Turkish President Recep Tayyip Erdoğan on the sidelines of the United Nations General Assembly session in New York in September.

The premier had formally conveyed his acceptance of the invitation to the summit when Deputy Foreign Minister of Malaysia Marzuki Bin Haji Yahya called on him in Islamabad on November 29.

However, after his visit to Saudi Arabia — which was seen as a way to reassure the kingdom that ties between both countries remain firm despite Islamabad’s engagement with other Muslim countries — the premier decided to stay away from the summit. The decision was attributed by Erdogan to Saudi Arabia’s threats to Pakistan of economic sanctions.

According to Daily Sabah, Erdogan had said that it was not the first time that Saudi Arabia and the United Arab Emirates had put pressure on a country for doing or not doing certain things.

Following Erdogan’s statement, Foreign Minister Shah Mehmood Qureshi said that the KL summit was a sincere effort by the Malaysian premier to pool energies and strength of Muslim countries, but “some friends” apprehended the initiative might divide the Ummah and establish a forum parallel to the Organisation of Islamic Cooperation (OIC).

Qureshi said Pakistan was still making efforts to end the misunderstandings and “we are grateful to the leadership of Malaysia and Turkey who not only heard our point of view but also understood it”.