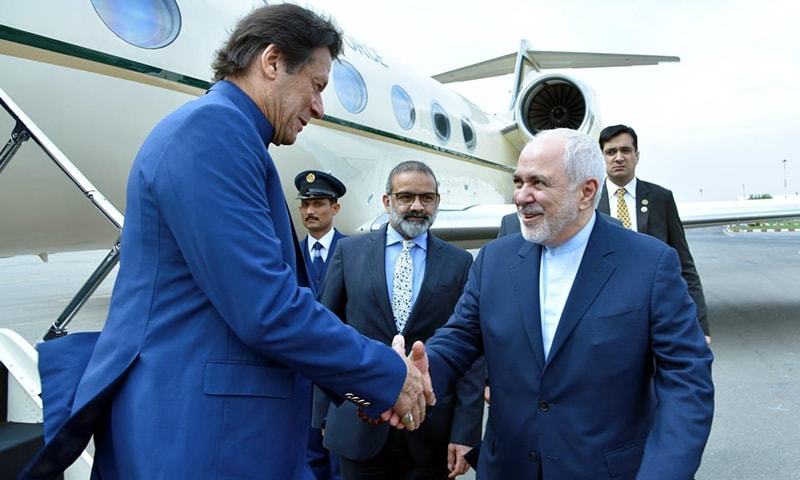 Both leaders in a joint press conference emphasised on the need for stable conditions in the region. “I told Prime Minster Imran we welcome any gesture by Pakistan for peace in the region and appreciate his visit to our country,” said Rouhani.

Rouhani said that the two had discussed, among other things, the war in Yemen and the sanctions by the United States on Iran.

“Pakistan attaches high importance to bilateral ties with Iran,” the prime minister was quoted as saying by the PTI. “Pakistan is willing to play its role towards strengthening peace and stability in the region.”

The prime minsiter also held a meeting with Iranian Foreign Minister Javad Zarif, who had received the premier upon arrival.

The Foreign Office, in a statement issued on Saturday, said that Prime Minister Imran was undertaking the visit to Tehran “as part of his initiative to promote peace and security in the region”.

This is Prime Minister Imran’s second visit to Iran this year. In April, he undertook a two-day official trip on President Rouhani’s invitation.

Relations between Tehran and Riyadh have worsened in the aftermath of an attack on the world’s biggest crude oil processing facility in Saudi Arabia on September 14. Saudi Arabia blamed the attack on Tehran but Crown Prince Mohammed bin Salman, in an interview with CBS program “60 Minutes”, had said that a war with Iran will be catastrophic for the global economy.

The New York Times and certain other media organisations had earlier claimed that Saudi crown prince had requested Prime Minister Imran to mediate between his country and Iran to stave off war.

The premier had also said in a press conference in New York on September 24 claimed that US President Donald Trump had asked him to help in defusing tensions and he immediately went to meet President Rouhani on the sidelines of United Nations General Assembly’s 74th session last month.

The statement denied that the crown prince had delivered a message for the Iranian leaders or even asked Prime Minister Imran to play a mediatory role with Iran.

Iran, meanwhile, said it was open to any mediation or direct talks with Saudi Arabia.

Emphasising the importance of dialogue for resolving outstanding issues, he said, “We don’t have any choice but to talk to each other.”