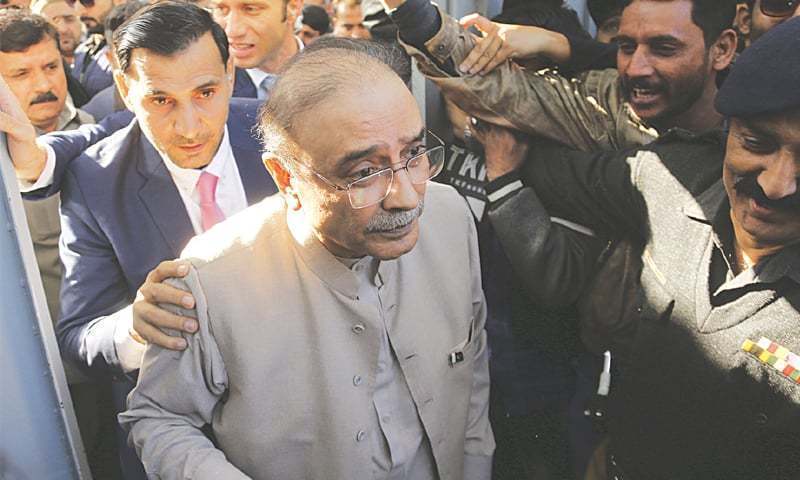 Former president Asif Ali Zardari was on Thursday released from custody at the Pakistan Institute of Medical Sciences (Pims), a day after he was granted bail by the Islamabad High Court (IHC) in the Park Lane and fake accounts cases on medical grounds.

Zardari is currently being shifted to Bilawal House in the capital. The party will decide there whether the PPP leader should be flown to Karachi today or tomorrow.

The former president was accompanied by his children Bilawal and Aseefa when he was allowed to leave Pims.